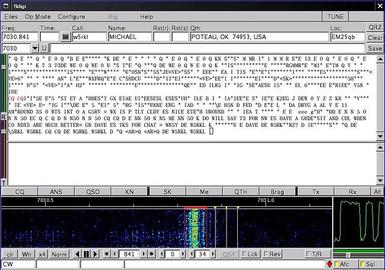 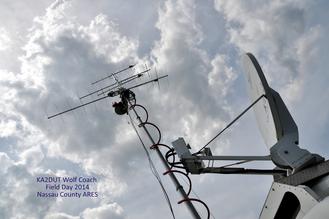 Broadband-Hamnet™is currently being designed, developed and deployed as an amateur radio broadband communications system.  Broadband-Hamnet™ (formerly called HSMM-Mesh™)  is a high speed, self discovering, self configuring, fault tolerant, wireless computer network that can run for days from a fully charged car battery, or indefinitely with the addition of a modest solar array or other supplemental power source. The focus is on emergency communications, and extension, for use in certain public service events for transmitting good video and full duplex telephone operations.

videos on this subject:  http://www.broadband-hamnet.org/videos.html

Packet Radio is a digital radio communications mode. Earlier digital modes were telegraphy (Morse Code), teleprinter (Baudot) and facsimile. Like those earlier modes, packet was intended as a way to reliably transmit written information. The primary advantage was initially expected to be increased speed, but as the protocol developed, other capabilities surfaced.

By the early 1990s, packet radio was recognized as a way not only to send text, but also to send files (including small computer programs), handle repetitive transmissions, control remote systems, etc.

The technology itself was a leap forward, making it possible for nearly any packet station to act as a digipeater, linking distant stations with each other through ad hoc networks. This makes packet especially useful for emergency communications. In addition, mobile packet radio stations can automatically transmit their location, and check in periodically with the network to show that they are still operating.

The most common use of packet is in amateur radio, to construct wireless computer networks. Packet radio uses the AX.25 (Amateur X.25) data link layer protocol, derived from the X.25 protocol suite and adapted for amateur radio use. AX.25 was developed in the 1970s and is based on the wired network protocol X.25. AX.25 includes a digipeater field to allow other stations to automatically repeat packets to extend the range of transmitters. One advantage is that every packet sent contains the sender's and recipient's amateur radio callsign, thus providing station identification with every transmission.  - wikipedia

Automatic Packet Reporting System (APRS) is an amateur radio-based system for real time tactical digital communications of information of immediate value in a local area.   In addition, all such data are ingested into the APRS Internet System (APRS-IS) and distributed globally for ubiquitous and immediate access. Along with messages, alerts, announcements, and bulletins, the most visible aspect of APRS is its map display. Anyone ham may place any object or information on his or her map, and it is distributed to all maps of all users in the local RF network or monitoring the area via the Internet. Any station, radio, or object that has an attached GPS is automatically tracked. Other prominent map features are weather stations, alerts and other map-related amateur radio volunteer activities including Search and Rescue and signal direction finding.  - wikipedia 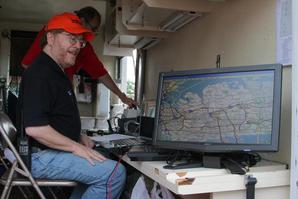 Nassau County ARES  uses several digital modes in its operations, and now has a dedicated Digital Team for coordinating their appropriate use.